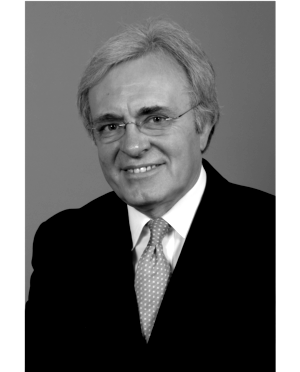 Dr. Gerhard Grebe started his professional career outside academia at M.M.Warburg & CO., Hamburg, and changed to Bank Julius Bär, Frankfurt, as Head of Research in 1992. He was appointed member of the executive board of the German bank with responsibilities for brokerage, sales, trade and research in 1999. Additionally, he was involved in the setup of the European brokerage unit. Two years later, he changed to the executive board of the asset management company of Julius Baer taking over responsibility for portfolio management. From 2001 through 2004 he also worked as one of 5 experts in a small team to decide on the asset allocation of all asset management activities worldwide of Julius Baer Group.

In 2005 Dr. Gerhard Grebe was given the task to build up a private banking hub for wealthy German clients in Frankfurt utilizing comprehensive outsourcing solutions. As a member of the executive board he acted as Chief Operating Officer, Chief Financial Officer and Chief Risk Officer being also Chief Regulatory Officer and Liaison Officer to the BaFin. In his professional career he was responsible for numerous business and regulatory projects including mergers and demergers, restructuring programmes and growth initiatives, setup of an IT platform and a net of branches in Germany as well as the integration of the Merrill Lynch International Wealth Management activities in Germany. After 19 years on the executive board he retired at the end of 2017 and founded the consultancy firm banXconsult GmbH.